Connecting talent, resources, and capital for a prosperous future

Folks who do systems analysis have a great belief in “leverage points.” These are places within a complex system (a corporation, an economy, a living body, a city, an ecosystem) where a small shift in one thing can produce big changes in everything.

PLACES TO INTERVENE IN A SYSTEM

(in increasing order of effectiveness)

12. Constants, parameters, numbers (such as subsidies, taxes, standards).
11. The sizes of buffers and other stabilizing stocks, relative to their flows.
10. The structure of material stocks and flows (such as transport networks, population age structures).
9. The lengths of delays, relative to the rate of system change.
8. The strength of negative feedback loops, relative to the impacts they are trying to correct against.
7. The gain around driving positive feedback loops.
6. The structure of information flows (who does and does not have access to information).
5. The rules of the system (such as incentives, punishments, constraints).
4. The power to add, change, evolve, or self-organize system structure.
3. The goals of the system.
2. The mindset or paradigm out of which the system — its goals, structure, rules, delays, parameters — arises.
1. The power to transcend paradigms. 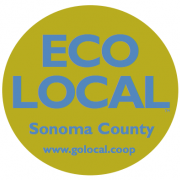